Nothing Occupies Your Vacant Building, But Risk Exposure!

Nothing Occupies Your Vacant Building, But Risk Exposure! 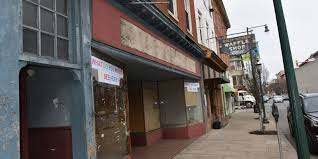 If you think there’s nothing to worry about in regard to your vacant building, you are very, very wrong. Such a property has much more exposure to liability risks than a home where renters occupy it. It’s a fact that the insurance companies are extremely cognizant of.
For illustration’s sake, read the following claim examples. They are all true. Thought they might have happened to another homeowner, similar situations can certainly happen to you, too.
Property Coverage
One day, five angry teens forced their way into an empty building. They let out all their frustrations as they vandalized the place. The result was $15,000 in damages and losses.
The vacant premises in a specific place was finally set to be occupied by a tenant. Just a week prior to the move-in, a severe storm hit the area. Lightning hit the building, damaging the HVA system. The tenant postponed his move for two weeks so that appropriate repairs could be made. This resulted in a $4,000 property loss and a $1,200 rental loss to the owner.
A group from the homeless population in an area took up occupancy in an unoccupied building. They ignited a fire for the warmth it would provide. The flames grew and spread, damaging the building to the extent of $300,000 in losses.
A storm’s punishing winds tore pieces of an unoccupied building apart, allowing water to enter. This caused $138,000 in damages.
General Liability Coverage
A four-year-old child slipped and fell on the sidewalk that belonged to a vacant property. The girl suffered a broken ankle. Medical bills amounted to $4,500.
A ferocious dog was left to guard a not yet completed building. The dog bit a youngster that rode his bicycle past the property. The child needed emergency medical attention at the hospital. The costs reached $103,000. The child’s parents brought a lawsuit against the vacant property owner. A settlement was reached whereby the owner was required to monetarily compensate the family. Besides that, his defense costs amounted to $7,000.
Equipment Breakdown Coverage
Because of a low water condition, the boiler tank in an unoccupied property’s basement broke down. As a result, extensive property damage was incurred, amounting to $12,760 in losses.
The scenarios cited are just a sampling of risks inherent to owning a vacant building. The frightening possibilities are endless. Protect your building with the tailored home owner policy you need and you will be protecting yourself!
At PRIME Insurance Agency, we know all about the risks involved with owning a vacant building. Recognized by the industry by numerous prestigious awards as well as by being designated to deal directly with leading insurance companies like ACE, MetLife, ASSURANT, American Modern and more, we’re the ones over 10,000 satisfied customers come back to.
Article Source: http://EzineArticles.com/9266904