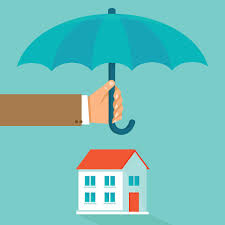 Do you understand insurance scores and its relevance on your policy’s premium?

Here’s the classic illustrative example:
Barbara and Gail are neighbors, living just houses away from each other.. Barbara lives on the corner property on Farms Road, while Gail lives smack in the center of Farms Road. Both women marvel at how similar their homes look on the outside. They chuckle at the personal joke they share about the interiors.
“If not for the vast difference in home decorating tastes,” says Barbara with a broad grin, “we’d live in identical looking homes and our kids would mistakenly enter the wrong house when returning from elementary school!”
The joke kept smiles on their faces until they discovered a serious difference in homeowner policy cost. Gail was paying a premium of $1,300 on her homeowner policy while Barbara only had a premium rate of $700. Gail couldn’t believe the fact that the price tag on her home insurance plan was $600 more for coverage on a very similar home from the same independent agency.
Gail was desperate about getting to the bottom of the enigma so she drove to the agency’s office immediately after work one day.
As soon as she met the broker, it was clear he knew his facts. He proceeded to lay everything on the table.
Although Gail’s home matched Barbara’s in size, layout and look, there were numerous reasons why her premium was so much higher.
It boiled down to Gail’s insurance score which reflected numerous things:
• Gail was a landlord who rented out her basement and collected rent for it
• Gail had submitted previous home damage insurance claims to the insurance company
• Gail’s credit score ratings were quite low, certainly not as good as Barbara’s
Despite the fact that Gail still had to contend with her $1,300 insurance premium, she understood the reasoning behind the spiked difference she paid in relation to Barbara.
Contemplating her situation on her way home that evening, she marveled at the fact that two homes could be almost identical and still so very different. She knew now that nothing pertaining to the insurance industry is clear cut. Though the layman can perceive something one way, it is the professionals who know all associated matters. If there was one lesson to be learned it was the importance of having a professional answer your questions.
Now it was time to smile again!
PRIME Insurance is located in Lakewood, NJ and provides all forms of insurance to customers nationwide. A winner of numerous prestigious industry awards, PRIME does direct business with the top insurance companies to acquire tailored plans at competitively low quotes, PRIME can be reached online at http://www.primeins.com/, via email at PRIME@primeins.com and by dialing 732-886-5751. Get covered by PRIME and join 10,000 plus satisfied clients!
Article Source: http://EzineArticles.com/9231347