Five of the Funniest Ads From Insurance Companies

Five of the Funniest Ads From Insurance Companies 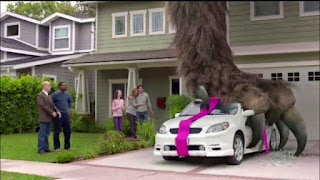 Advertising is a great tool to make what might be considered a boring or banal topic into something humorous. Insurance companies have utilized television advertising both to compete with other companies and to make the viewer laugh, which might incline them to buy the policy. Over the years the advertisements have become funnier and more creative. Here are a few of the funniest ads from insurance companies currently in play.
Geico’s Oldest Trick In the Book
Geico has used a variety of ads to catch the attention of the viewer. Most notable is the Geico gecko, who is referenced in the start of this commercial but doesn’t contribute to the meat of the humor. Ever heard the saying “the oldest trick in the book?” Geico takes this played out saying and literally depicts the prank claiming its first victim. By taking this phrase and making it literal, the audience is sure to chuckle.
Esurance’s Facebook Wall Writer
In a competitive spirit, Esurance quotes Geico’s motto “fifteen minutes could save you fifteen percent on car insurance” and claims that the notion is outdated. By doing this, they portray an elderly woman, who has vastly misunderstood the concept of Facebook and writing on a person’s wall. She takes this literally by writing on physical walls while claiming that she’s hip and saved fifteen percent with Geico. Depicting a woman who is vastly behind the technological times, Esurance can claim that their policies are for the modern world.
Insurance Agent Jingle
Perhaps one of the funniest advertisements currently in play, an agency has created a jingle for their customers in need. When sung, an agent magically appears and assures the person of their coverage. The person standing nearby, either the other car accident victim or a friend, tries to mimic this jingle with their own no-name insurance companies. Instead of an agent, a questionable looking character appears who offers no comfort or assurance.
Farmer’s Uninsured Robot
The advances of technology all have us wondering when cars may be able to drive themselves or if robots will be invented. This commercial puts a futuristic robot in a human situation (in the seat of a driver’s education car) and depicts him running away after crashing into the car ahead. Farmer’s cleverly depicts an uninsured driver while playing on the notion of advancing technology.
Nationwide’s Giant Baby
We’ve all heard men refer to their precious cars as their babies. In this commercial, instead of a car, we actually see a giant baby. Here the owner is crying over, protecting and washing his “baby.” Like the Geico commercial, the figurative turned literal is the means for laughter in this advertisement.
Whether these commercials produce more business is a question for the bookkeeper, but each company seems to know the importance of laughter. Laughter is sure to inspire positive thoughts in the viewer, leaving them with a positive impression of the brand as the company name flashes on the screen.
Article Source: http://EzineArticles.com/8687982